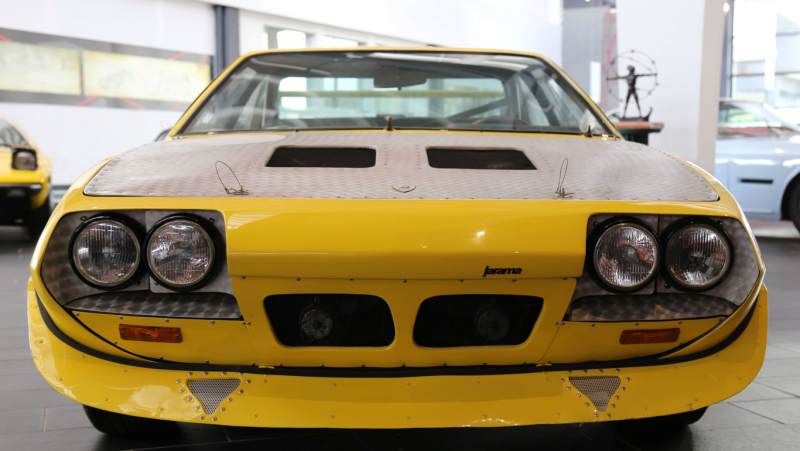 The Ferruccio Lamborghini Museum in Funo di Argelato will participate in the next edition of the Motor Valley Fest, the great widespread festival of the Emilia-Romagna Motor Valley scheduled in the city of Modena from 26 to 29 May.

During the event the Museum dedicated to the founder of the bull brand, will be present with a dedicated stand in the cloister of the Military Academy of Modena showing a model a car on permanent display at the Ferruccio Lamborghini Museum: the famous Jarama SVR Rally of 1972, which turns 50 this year.

The Jarama Rally SVR is a prototype inspired by the Jarama S which in 1972 Bob Wallace, the famous test driver of Automobili Lamborghini, modified both the bodywork, the interior, and the engine, to improve its speed. The car could reach up to 270 km / h. (165 Mph.)

At the Motor Valley Fest booth 2021 visitors will have the chance to get know with one of Ferruccio Lamborghini’s most famous creations, as well as anecdotes about the history of Ferruccio told by the guides of the Ferruccio Lamborghini Museum, the cultural space inaugurated in 2014 by the comm. Tonino Lamborghini, president of the Museum and son of the mechanical genius who gave life to the famous Bull brand