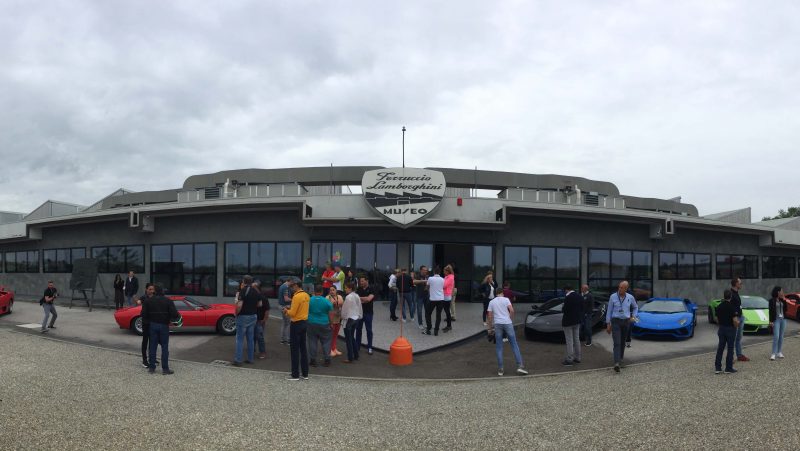 From Friday 4th to Sunday 6th of May there was the “Valentino Balboni Special Anniversary” event, dedicated to the celebration of the 50th anniversary of the collaboration between Automobili Lamborghini and Valentino Balboni, the famous tester defined by many as the man who “trained” the Lamborghini .

On Friday afternoon, during this exclusive event, 70 Lamborghini and 180 enthusiastic owners are arrived at the Ferruccio Lamborghini Museum in Argelato. Very exciting the meeting between Valentino and Ferruccio Jr, nephew of the homonymous founder of the legendary Bull brand.
The Lamborghinists, coming from all over the world, have been able to admire all the mechanical creations of Ferruccio and immerse themselves for a couple of hours in the history of Italy of the economic boom of the Fifties and Sixties. An afternoon full of enthusiasm that brought the participants to relive the story of Ferruccio Lamborghini and the incredible career of Valentino Balboni.

On April 21, 1968, Valentino Balboni approached the Lamborghini world as a mechanic apprentice and after only 5 years, on September 5, 1973 he became the official test driver. In the following years over 80% of the cars produced by the Lamborghini brand are tested by him in person. Valentino retires in 2008 and only one year later, as a recognition of his priceless work, a car dedicated to him is produced: a limited edition of the Lamborghini Gallardo, called LP550-2 Valentino Balboni. 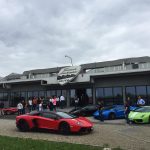 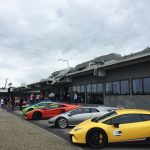 will be closed for exclusive private events